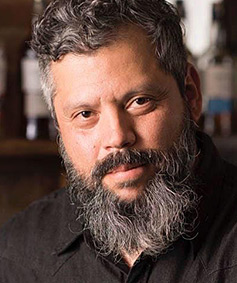 This CA based spirits and cocktail savant is working as a Whisk(e)y Specialist for the Pernod-Ricard-USA portfolio. You may have also had the pleasure of seeing him behind award winning best bars on both coasts. An award-winning bartender, He has opened famed San Francisco bars such as Bourbon & Branch and Smuggler’s Cove as well as tended bar at other notable Bay Area spots like Trader Vic’s, bacar, Rye, and Range. On the East Coast, he continued his craft as an ambassador and Bon Vivant for notable spirits brands as well as worked behind the bar for many legendary NYC bars. Most notably part of the award-winning NoMad Hotel NYC bar team for four years as well as Nitecap NYC, The Tippler, Basik BK and consulted for the iconic Gallaghers Steakhouse.

Most recently nominated and top four finalist for the “Best American Brand Ambassador” by the Tales of the Cocktail 2020 Spirited Awards.