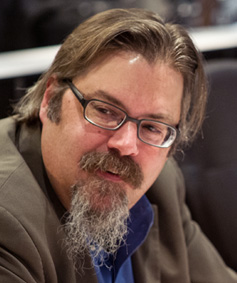 David Wondrich is widely hailed as one of the world’s foremost authorities on the history of the cocktail—“the head boy of booze history,” as the Spectator recently put it—and one of the founders of the modern craft cocktail movement. Dr. Wondrich (he has a PhD in Comparative Literature from New York University) is the author of countless newspaper and magazine articles (most significantly, the almost 17 years’ worth he wrote as Esquire’s Drinks Correspondent). He is the Editor in Chief of the Oxford Companion to Spirits and Cocktails, winner of the American Library Association’s 2022 Dartmouth Medal for best reference book published in the preceding year, and the author of five books, including the hugely influential Imbibe!, the first cocktail book to win a James Beard award (2007; an expanded and thoroughly revised edition was published in April, 2015), and Punch, which came out in late 2010 to broad acclaim and did much to spark the current boom in punch-making. As a consultant, he has been involved in the creation of several spirits that are found on the backbars of practically every craft cocktail bar on the planet, including Ransom Old Tom gin and the multiple award-winning Plantation Stiggins’ Fancy Pineapple Rum. He is a founding partner in Beverage Alcohol Resource, America’s leading advanced training program for bartenders and other spirits professionals, and a frequent guest lecturer at venues such as the Smithsonian Institute, the Museum of the City of New York and fine bars on five continents and ships at sea. His writing, lecturing, podcasting and mentoring have earned him a record eight Tales of the Cocktail Spirit Awards and an IACP Trailblazer Award; in 2019, he came in at number three in Drinks International’s inaugural list of 100 most-influential people in the bar world, based on a poll of top industry professionals. He is a longtime resident of Brooklyn, New York.