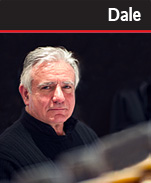 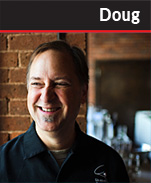 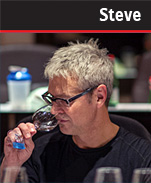 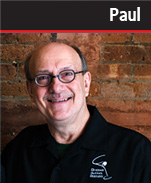 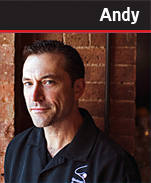 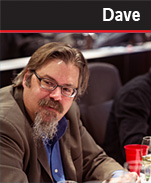 Dale DeGroff (aka King Cocktail), author of the award-winning The Craft of The Cocktail and The Essential Cocktail (Random House), developed his extraordinary techniques and talent tending bar at great establishments – most notably, New York’s famous Rainbow Room. Dale was awarded the James Beard “Wine & Spirits Professional” award in 2009, and the “Best Bar Mentor” award at Tales of the Cocktail, 2010. Dale is the founding president of The Museum of the American Cocktail in New Orleans, which features an exhibit that brings to life the colorful 200-year history of the cocktail. His most recent endeavor is his Pimento Aromatic Bitters, a product he developed with renowned absinthe distiller Ted Breaux.

Jack of All Trades, Master of Two

Doug Frost is a Master of Wine and Master Sommelier as well as an author and wine consultant based in Kansas City, Missouri. In 1991 he passed the rigorous Master Sommelier examination and two years later became America’s eighth Master of Wine. He was the second person in history to complete both exams and more than a quarter century later he is still one of only three people in the world to have achieved both these remarkable distinctions. According to USA Today, “Frost likely knows as much as anyone in the world about how to make, market, serve and identify wines.”

The Wine Spectator has bestowed the accolade of Master of Spirits on Mr. Frost. In 2006 Frost, along with partners Dale DeGroff, Steve Olson, Paul Pacult, Andy Seymour and David Wondrich created BAR (Beverage Alcohol Resource), a spirits and cocktail educational organization; Cheers Magazine selected BAR and its founders as Innovators of the Year for 2007. Frost was awarded Beverage Innovator of the Year 2009 by Cheers Magazine. He continues to teach and examine for BAR and within the Master Sommelier and Master of Wine programs.

His first book, Uncorking Wine, was released in the summer of 1996, and Frost’s next book, On Wine, published by Rizzoli International, was released in the fall of 2001. The Washington Post called it “fabulous, witty, engaging and wise… conveys more accumulated wine wisdom than most books 10 times as thick.” Frost’s most recent book, Far From Ordinary: The Spanish Wine Guide, was released in October 2005; the third edition was released in 2011. He is currently working on his many contributions to the upcoming Oxford Companion to Spirits and Cocktails, due to be released in 2020.

Frost is the creator and host of the KCPT-TV hosted short series called FermentNation; the show has garnered two Mid-America Chapter Regional Emmy® Awards, in 2015 and 2017. His previous TV show, Check Please, Kansas City!, was also nominated for a Mid-America Chapter Regional Emmy® Award. He also appears as a featured judge on Public Television’s The Winemakers, PBS’s first nationally broadcast reality show. After a decade and a half Frost continues as United Airlines global wine and spirits consultant, selecting tens of thousands of cases of wines and spirits each year for service aboard the world’s most important worldwide carrier.

He consults with many retailers, restaurateurs, wineries and distillers in the realms of marketing, merchandising, sales, education and sensory perception. Mr. Frost lives with his wife and two children in Kansas City, where he spends his spare time listening to his massive punk rock, vintage jazz and weird music collection.

Steven Olson has been helping to shape the beverage industry for over 40 years. Getting his start in restaurants, he’s gone on to be a writer, consultant, educator, and lecturer, and is particularly known for his pioneering work with Sherry, Spanish and Greek wine, Sake, Gin, and Agave spirits. His newest role as Global Mezcal Advocate / aka maguey geek / co-operating partner in Del Maguey Single Village Mezcal is a dream come true.

Over the years, Steve has hosted a few of his own TV series’ and been a guest on many others,and has served as host of several trade education and product information videos, including being the voice of Virtual Bartender kiosks in retail stores nationwide. He also earned the title of Kikisake-shi (Sake Master) from the Sake Service Institute of Japan, was selected as Santé Magazine’s Spirits Professional of the Year for 2003, awarded CHEERS Magazine’s Beverage Innovator of the Year, a lifetime achievement award in 2005, was chosen to judge at the Diageo Reserve World Class Global Finals, and was honored as Best Bar Mentor at the Spirited Awards at the 2012 Tales of the Cocktail.

Olson may be best known to many, however, for his restaurant and bar consulting, having designed the innovative beverage programs and service systems for several nationally acclaimed operations, including the Relais Chateau, Mobil Five Star award-winning Mayflower Inn in Connecticut, New York City’s #1 Zagat-rated restaurant, Gramercy Tavern, the Borgata Hotel Casino and Spa in Atlantic City, and the Adam Tihany-designed Summit at the Mobil Five-Star, AAA Five-Diamond BROADMOOR in Colorado Springs. Olson designed the beverage programs for OTG Management, which exclusively operates dozens of restaurants and wine bars in airports, designed the beverage programs for Aqua in Cancun, Mexico, the prize jewel of Grupo Posadas, which opened in 2008, and acted as beverage consultant to the Morgans Hotel Group in NYC with Isola and Hudson Common. Steve was also recently involved in the launch of VIK, a holistic wine from Chile with the promise of being one of the best wines in the world.

In March 2006 in New York City, Olson, along with four partners, Dale DeGroff, Doug Frost, MS, MW, Paul Pacult, and Dr. David Wondrich, started Beverage Alcohol Resource, LLC (BAR). Andy Seymour was added as a partner in 2008. BAR is an independent organization whose mission is to educate, guide, and propagate the healthy, enlightened, and responsible use of beverage alcohol products. The school is in a unique position to create and teach a series of courses that will not just train, but actually educate those who take them, be they service industry professionals, members of the media, or curious consumers. BAR was chosen as CHEERS Magazine Beverage Innovator of the Year 2007.

He and his wife/partner Sue Woodley were also the creators of the groundbreaking, highly successful iWhiskey App.

CONSULTING, EDUCATION & PUBLIC SPEAKING:
Since the mid-1990s, through Spirit Journal, Inc., Paul and Sue have consulted to a Who’s Who list of the beverage alcohol industry’s largest and mid-size mainstream and smallest craft companies on product development and improvement. Since the 1990s, Paul has helped to discreetly create and improve scores of whiskies, brandies, vodkas, liqueurs, rums, gins, tequilas, and mezcals, many of which are now considered top shelf SKUs.

Since 1996 Paul has hosted Spirit Journal, Inc.’s celebrated Primary Liquids educational training program for mainstream and craft beverage and non-beverage companies throughout the United States, as well as Europe. Paul also hosted the tasting series in New York City, the Masters Series at Keens Steakhouse, for over 20 years.

Paul is the creator and presenter of the THE RUM AUTHORITY, THE WHISKEY AUTHORITY and THE BRANDY AUTHORITY educational initiatives, all sponsored by Spirit Journal, Inc. The “AUTHORITY” series exclusively trains service industry personnel.

COMPANIES:
In addition to establishing Spirit Journal, Inc. with Sue Woodley in 1991, Paul is a founding member, along with Steve Olson, Dale DeGroff, David Wondrich, and Doug Frost, of the award-winning spirits and mixology training company Beverage Alcohol Resource LLC (BAR-2005). Together, they teach the highly respected BAR 5-Day Program of Spirits & Mixology, held once per year in lower Manhattan.

Additionally, BAR, in conjunction with Pernod Ricard USA, has taught over 40,000 bartenders across the world through the BarSmarts Advanced Training Program.

Paul is likewise a founding member, along with Sue Woodley and David Talbot, and is judging chairman of the innovative spirits, cocktail and wine competition company Ultimate Beverage Challenge LLC (UBC-2010).

He and Sue are now writing Kindred Spirits 3: 2,400 Spirits Reviews From F. Paul Pacult’s Spirit Journal 2014-2020, available in late 2020. Another book on American whiskey, Buffalo, Barrels & Bourbon: How Buffalo Trace Distillery Became The World’s Most Awarded Distillery is to be published by John Wiley & Sons in September 2021.

JOURNALISM:
From 1982 to 2009, he contributed to scores of national and international publications, including Playboy, Wine & Spirits Magazine, Cheers, Connoisseur, MarketWatch. Travel & Leisure, Men’s Journal, Beverage Dynamics and many others. Most prominently, for 17 years he wrote about spirits, cocktails, travel, and wine for the New York Times Sunday Magazine; was the Sky Magazine wine/spirits/cocktail columnist for 13 years for Delta Air Lines; and for 9 years was Wine Enthusiast Magazine’s spirits columnist/spirits tasting editor.

In July of 2007, the company Paul co-founded Beverage Alcohol Resource LLC in 2005 won the Cheers 2007 Innovator of the Year Award. In September 2011, the Bureau National Interprofessional du Cognac (BNIC) in France honored Paul as the Cognac International Personality of the Year 2011. In January 2012, he was awarded the Cheers Conference 2012 trophy for “Raising the Bar” in spirits education.

Andy Seymour counts over twenty years experience in the hospitality industry. He has dedicated himself to a life of producing great service and educating others to do the same. His company, Liquid Productions, is devoted to understanding the current cocktail culture, and bringing great drinks and hospitality to one large audience after another. He and his team can be credited with developing and executing large format projects that range from bartender education programs and competitions, to high profile events like the Oscars, Emmys and Grammys. In 2018, Andy was honored as “Best Bar Mentor” at the Tales of the Cocktail Spirited Awards. He continues to expand his role as a mentor to bartenders around the world on his mission to make the cocktail and spirits scene a source of great fun, and entertainment for anyone who steps up to a bar to order a drink.

David Wondrich is widely hailed as one of the world’s foremost authorities on the history of the cocktail and one of the founders of the modern craft cocktail movement. The Senior Drinks Columnist for the Daily Beast, Dr. Wondrich (he has a PhD in Comparative Literature from New York University) is the author of countless newspaper and magazine articles (most significantly, the almost 17 years’ worth he wrote as Esquire’s Drinks Correspondent) and five books, including the hugely influential Imbibe!, the first cocktail book to win a James Beard award (2007; an expanded and thoroughly revised edition was published in April, 2015), and Punch, which came out in late 2010 to broad acclaim and did much to spark the current boom in punch-making. At present, he is immersed in the Oxford Companion to Spirits and Cocktails, a multi-year project for which he is the Editor in Chief. As a consultant, he has been involved in the creation of a number of spirits that are found on the backbars of practically every craft cocktail bar on the planet, including Ransom Old Tom gin and the multiple award-winning Plantation Stiggins’ Fancy Pineapple Rum. He is a frequent guest lecturer at venues such as the Smithsonian Institute, the New York Historical Society and fine bars on five continents and ships at sea. In 2019, he came in at number three in Drinks International’s inaugural list of 100 most-influential people in the bar world, based on a poll of top industry professionals. He is a longtime resident of Brooklyn, New York.